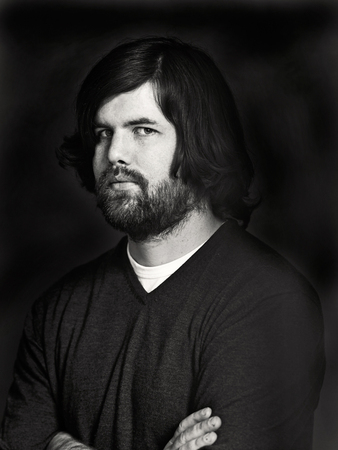 Anders Gjennestad works with hand-cut stencils and multiple superimposed layers of aerosol on used objects made of steel, iron and wood, which he finds in abandoned places. His figures seem to defy gravity with the ease of their movements.
While his characters seem to operate and exist in a parallel world, the viewer is invited to locate themselves within the superimposed layers of meaning, thought, history, and execution of the work of art. He is encouraged to investigate and question the way the surface and object interact. Gjennestad manages to give forgotten materials new identity and meaning. The character of the material, erosion and decay is reflected in his work. Another special feature are the drop shadows of his figures, which drag along under them. The works of Gjennestad have already been shown in numerous international exhibitions.