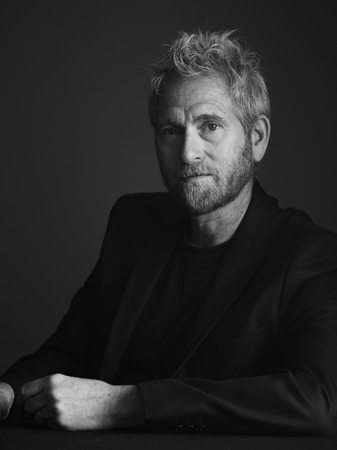 "I like taking a guy nobody rembembers and building a world around him. I seperate him from his subculture and cast him in a lead role." (David FeBland)
"As a rule, FeBland´s paintings show a sense of Baroque and confusing movement. The effect is surreal and unforgettable." (Art in America).

Thrilling images full of intensity - the work of New York artist David FeBland describes the interaction between the human being and his physical universe, which he documents on his bicycle and with his camera, additionally using his memories and imagined scenes as his images. He documents his stories on his instagram account @davidfebland, which is followed by more than 30 k and develops a pull, as well as his paintings of a magical and at the same time dissecting American Realism.

FeBland´s works are often compared to New York Eight´s "Social realism" with painters such as Robert Henri and John Sloan, better known as American Ashcan School. Eight painters who distanced themselves from American Impressionism in 1904 and instead opted for the novel, socially critical "American Realism". Another comparison is that with Ben Shahn and Diego Rivera, who also represented societies and abuses of them in a form of naive realism. Shan´s work was represented at documenta 2 (1959), documenta III (1964) and documenta 6 (1966) in Kassel. FeBland continues this tradition of American Realism in his paintings.


Art in America: "The works of David FeBland use the narrative of the classical comic-book mode, distorted to convey the speed of the city. FeBland does a kind of Ashcan School at a raw hip-hop pace. Real or implied violence is everywhere in these pictures: parking lots, shopping malls and, of course, the streets are presented as sites of alienation and danger. Typically, FeBland´s paintings depict a sense of baroque and confusing movement. The effect is gratuitous and surreal - unforgettable.
THE WASHINGTON GAZETTE: Like the Eight of the Ashcan School, FeBland´s strength is in depicting figures in motion and portraying the psychological nuances of gesture. But his canvases are full of saturated color - perhaps more Miami than New York. And often the backgrounds are covered with neo-expressionist drips and splashes. Sometimes this play of paint is distracting to the image. It calls attention to itself to the detriment of the narrative.

AMERICAN ARTIST MAGAZINE: "Although there is a definite narrative element to FeBland´s paintings, the tale is never explicitly told. The paintings say something about American life, but the story is archetypical, not personal. The images resonate with the unconscious, like a message revealed in a dream."

The New York Times: "The most rousing and humorous paintings of David FeBland are hardly an advertisement for New York City, but a model of bravura painting."


About the artist: David FeBland, born 1949 in London, started painting in the mid-eighties. Today he teaches at the City University New York and the Brandeis University, Massachusetts. His works are part of numerous private and corporate collections, like American Express, AT & T, IBM, Citybank as well as public collections like the Museum of the City of New York. This is the fourth show of David FeBland at the GALERIE FRIEDMANN-HAHN. David FeBland lives and works in New York.