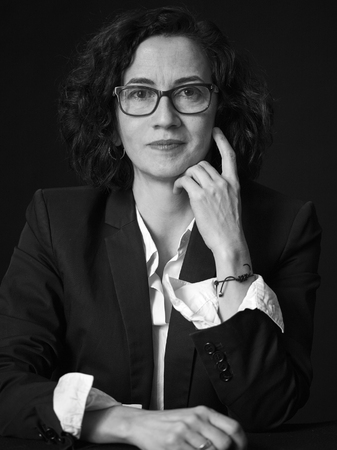 About the artist works vita Exhibitions

Born in 1978 in Medina del Campo, a small town in Castile, Spain, Laura Nieto grew up surrounded by bright colors, which is also evident in her early work. After studying art in Salamanca, where she came in contact with the art of Anselm Kiefer, Gerhard Richter and Neo Rauch and was deeply impressed by the power and movement of these images, she spent six months in Germany with an Erasmus scholarship. Back in Spain, she was influenced by the extensive Lucian Freud retrospective in Barcelona. In the Basque town of Vitoria-Gasteiz she painted her first canvases, which captured individual personal moments almost sketchily. After moving to Berlin in 2009, the pictures changed, the colors got darker, more luminous. Berlin, according to Nieto, is much darker than the cities she knows in Spain. "The colors are stronger. The scenes I see here are like stages, like a little theater. "Fascinated by the works of Michael Borremans and Peter Doig, she works with oil on canvas, yet her works seem like gouaches, with vague gestures of Street and café house scenes, conversations and gazes are fleeting yet intense moments that portray her playfully and poetically.